Super supporter and patient Sam has done some fantastic fundraising for the place he calls ‘his hospital’ to say thank you for the treatment and care Evelina London have provided him over the years.

Hear from Sam, his mother Jenn, and Emma, senior research nurse at Evelina London, who looks after Sam. And find out more Sam’s amazing fundraising achievements, including his impressive triathlon.

Sam is a typical nine-year-old. He loves sport - especially cricket, football and golf - and he enjoys seeing his mates and playing with his sister and brother, Issy and Alex.

He also has achondroplasia, which is the most common form of dwarfism.

As his mum, Jenn says though - ‘it doesn’t stop him from doing anything that he wants to do’. Go, Sam!

Sam showed this determination by deciding to fundraise for the place he calls ‘his hospital’ – Evelina London. And of course, sport loving Sam chose an active challenge and completed a triathlon - running, cycling and swimming to raise an amazing £4,250.

Achondroplasia is caused by a gene mutation which means that bones don’t grow properly.

This means that people with the condition have shorter arms and legs than most people. They are also usually smaller than average in height too. For example, Sam is shorter than his younger brother who is six.

Sam chose to fundraise for the hospital in thanks for the care he receives. He’s been part of a clinical trial at Evelina London to help him grow since he was six. Sam has an injection every day at home, which his mum gives him, as well as regular monitoring and tests at the hospital. And there have been brilliant results.

‘As part of the trial, we spent a year where Sam was being measured as a baseline to see how he grew without the drug,’ explains Jenn. ‘Now he’s measured since being on the drug, and we’ve seen him grow a lot quicker.

‘If you look at a child with achondroplasia and they’re reaching their arms up to the sky, their hands wouldn’t go past their head.  But now Sam can clasp his hands above his head.

‘He can reach the countertop and get himself a drink of water, reach light switches, it makes it easier for his golf swing and the way he runs is improving.’

Sam is treated at the achondroplasia clinic at Evelina London, which means all the specialists that patients need are in one place. It’s made a huge difference for Sam and his family, who used to have to go to appointments all over London.

‘When I first had Sam, I was working three days a week and trying to fit all the doctor’s appointments into the other two days. Sam only saw me when we went to the doctor, and the other kids didn’t see much of me at all.

‘When we started going to the clinic at Evelina London, it was revolutionary for us. Having all those specialists communicating to one another in the room and formulating treatment plans, as well as the emotional support they offer, really is amazing.’

The clinic also helps connect families with children who have achondroplasia, to help them share the experiences of the similar journeys they are on. Jenn thinks this will be particularly important for Sam as he gets older.

‘Sam would rather have achondroplasia than not, he likes being different, and he likes being special, and long may that last,’ she says. ‘But he is becoming more aware of his differences and some of the limitations of being small and he’s starting to feel some frustration at that.

‘So, as he approaches adolescence, it’s going to be so important that he has that community of people who understand what he’s going through, so that they can support each other.’

Sam’s triathlon consisted of a 200-metre swim, a 3km cycle and a 1.2km run. He took on the challenge last October for Dwarfism Awareness Month and plans to do more fundraising again this year.

‘I think if we can all do a little bit more, we can make it so much better for the children’s experience on a day-to-day basis,’ says Jenn, ‘such as help get more things like the toys in the reception or new equipment.

‘We see that the staff are all going above and beyond for Sam and all of their patients, so Sam’s fundraising is to say thank you to them as well.’

You can become a fundraiser like Sam and help raise money for Evelina London in our special 150th birthday year! Find out more about how you can get involved.

Lead photo: Sam cycling through the park, training for his triathlon. 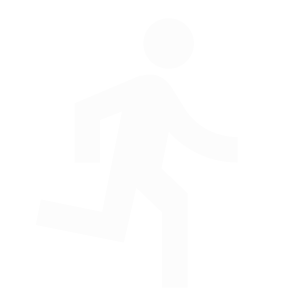 Why not do your own thing?

Have fun while raising money for Evelina London

How can I donate to the hospital?

Please note, unfortunately, we are unable to take any telephone calls or process any donations by telephone for the immediate and foreseeable future. We are also unable to accept cheques or process postal forms during this period. We apologise for any inconvenience caused. We will keep you updated on any changes to this via our website. You can still donate by credit/debit card and/or make a regular gift by Direct Debit. Thank you very much for your support. We hugely appreciate it.

Go Online through our donation page, make a one-off payment or set up a monthly direct debit.

For a Bank Transfer, please contact our Supporter Care team via email info@supportevelina.org.uk and we can provide the relevant details.

Can you claim Gift Aid on my donation?

Your donations are only eligible for Gift Aid if you are a UK taxpayer and we have a record of your postcode and donation amount. You must also tick the Gift Aid box on our sponsorship forms (Virgin Money Giving / Just Giving) or donation page.

Please note that we are unable to claim Gift Aid on ticket sales, raffle sales, corporate sponsorship, and sale of goods or auction proceeds.

Can I donate to a specific ward/department within the hospital?

If you would like to help a specific ward or department, we will do our best to find the most appropriate fund for your donation to go towards.

Please note that once a donation has been allocated to a specific fund, we are unable to change this at a later date.

Can I donate toys and other gifts to patients at Evelina London?

Yes, we are able to accept certain toys and gifts that meet our Health & Hygiene requirements. If you would like to donate any toys or gifts please email a photo of the item(s) to info@supportevelina.org.uk.

Please also provide some basic information about the item, including how old the item is and we will then be able to confirm if the hospital is able to accept the item.

Please note that we are unable to accept soft toys and toys that cannot be easily cleaned.

Can I donate in support of someone special?

You can donate in memory of a loved one, or in celebration of a special person or occasion.

If you would like to discuss this more to find out how we can help, please call our Supporter Care team via info@supportevelina.org.uk.

What is your charity number?

Evelina London is part of Guy’s and St Thomas Hospital so does not have a separate registered charity number.

What happens to my personal details?

All the personal information about our supporters we collect is processed and stored in accordance with GDPR 2018, and all other applicable data protection laws and regulations. This includes, but is not limited to, the Privacy and Electronic Communication Regulations (PECR).

How can I update my details with you?

You can update your contact details with us at any time. Please contact our Supporter Care Team by email at info@supportevelina.org.uk.

If you subscribe to our emails (sent from info@supportgstt.org.uk) then you can unsubscribe here.

Can I organise my own fundraising event?

You can let us know about your plans by filling in our online registration form and a member of the team will be in touch shortly.

If you have any specific questions or want to know a bit more about how we can help, email us at info@supportevelina.org.uk.

How can I set-up my online Fundraising Page?

You can either set up a page on Virgin Money Giving or JustGiving. We can help you set up either of them.

How can I pay in my event money or sponsorship donations?

You can pay in your fundraising money online here.

If you need a new tin, collection bucket or security seal sticker, then please let us know by contacting us via email at info@supportevelina.org.uk and we can send a replacement out to you. Please note, we currently have limited stock on some items, and there may be some delays with deliveries.

Do you accept donations of clothing?

Clean, plain clothing for adults and children are accepted, items such as jogging bottoms and sweatshirts are ideal. Used underwear is not accepted.

Please email info@supportevelina.org.uk so that we can arrange drop off or delivery.

Are you still accepting bonding squares?

Thank you to everyone who has offered knitted bonding squares for our Neonatal Unit. We’ll let you know if we need more in future but for now, we have plenty. We’ve had so many offers our cupboards are overflowing!

How can I volunteer?

Fundraising volunteers are vital to our work at Guy's and St Thomas’ Hospital Charity. You can volunteer with us on events, awareness days, in general or even work with the Fundraising Team.

If you are interested in joining our amazing volunteer team you can find more information and sign up to our monthly volunteer email here!

Can I volunteer at the hospital?

All our opportunities support our fundraising work and activities, we do not organise volunteering within the hospital. If this is what you are interested in please visit the Guy’s and St Thomas' volunteering page.

We work hard to ensure you have the best supporter journey when you make a donation. Unfortunately, under charity law (The Charities Act 2011) we are unable to refund donations, other than in specific circumstances.

If you believe that a donation you have made should be refunded then please contact via email at info@supportevelina.org.uk and we can advise on what we can do.

Read more about our policy for returning donations here.

How can I provide feedback or send in a complaint?

Your views are important to us and we welcome all comments and feedback about the way we work.

We always aim to provide an excellent service to our supporters, but if you are unhappy or would like to provide feedback to our team you can contact our Supporter Care team via email at info@supportevelina.org.uk.

Well done Tony, you are a truely amazing little soul!

Tony! What an inspiration you are, so young, so brave and doing incredible things. Keep going and well done for absolutely smashing your target; it is going to an amazing cause and we love watching your journey. You can do it! X x

You are such an amazing superhero! Keep up the wonderful things you are doing!😀👍🚑🏃

Well done Tony on your 10km walk. We followed your progress. You are a brave little boy. We wish you well! Love xx

You are amazing and an inspiration to everyone - there's nothing you can't do or achieve in this life! Thank you so much